What Business Needs From Brum

Glyn Pitchford represented the business community, serving on the Birmingham, Coventry and Black Country City Region Board. He also represented the RICS on the Business Voice West Midlands Council.
Glyn became the Senior Partner of James & Lister Lea, chartered surveyors, prior to merging the practice with BK; former Chairman of BRMB/Capital Gold Radio, Countrywide Homes and an environmental business, Envirotreat, serving also on the Council of Aston University and their Finance and Estate committees.

He was a vice-chairman and trustee of the Birmingham Civic Society until November 2013 when he stood down to concentrate more time in the voluntary sector by establishing and agreeing to chair The Birmingham Big Art Project, as well as creating a new charitable trust to support the project, known as The Birmingham Big Art Foundation, becoming one of its trustees.

What does your company do?

I am a practising Chartered Surveyor Arbitrator, running my own consultancy firm.

Is Brum a good place to do business?

Yes. In the last 10 to 20 years the local authority has been brave enough, through urban regeneration, to change the outsider’s perception of the city. Improvements are apparent in all business and public sectors. The quality of housing has increased with an explosion of city living, a concept unheard of 20 or so years ago, health facilities have been substantially modernised and we have 3 top-notch universities each having their own distinctive USP’s including one of the strongest business schools in the world at Aston University. It has become a green city, environmentally friendly and has a strengthening creative sector which is transforming the city into an exciting place to live and work.

What are your biggest gripes with it?

Whilst the city has a reputation for diversity, there is a long way to go in terms of integrating all ethnic communities into the general community. This has proved troublesome and needs everyone to help achieve this. It can’t just be left to the local authority or to the voluntary sector – it is for each citizen to lend a hand . It is hugely important for ethnic communities themselves to make more effort in terms of integrating themselves into the general community.

And then we have too many organisations preferring to portray themselves as the leading authority in business, as opposed to creating more effective liaison with competing organisations to strengthen the voice of business.

Regrettably, we also have the region’s local authorities preferring to paddle their own canoe. This was the case when I represented business on the board of the City Region. Happily I see some signs this is changing for the better, but we are in danger of shooting ourselves in the foot by preferring to call ourselves the West Midlands Combined Authority rather than recognising that Birmingham is at the region’s centre, the engine room, and that this area would be far more recognisable abroad were we to push Greater Birmingham as the name of the region.

How do you feel your clients see the city?

As a city which has reinvented itself. Because of its strong industrial base, Birmingham between the wars and immediately afterwards was booming. It then made a colossal mistake during the 1960’s, becoming brutalist in its architecture at the expense of many Victorian buildings which were destroyed to make way for the motor car revolution. A concrete girdle was constructed around the city centre, ultimately constricting growth. This has at last been systematically dismantled and a cleaner, friendlier environment now pervades the city. Visitors see exciting modern buildings in traffic-free areas, improving connectivity, a strong retail sector and a growing professional/financial sector second to none outside of London.

Does Birmingham offer any particular advantages as a destination for business?

Certainly. It’s improving connectivity, with HS2 on the way, will greatly enhance the city’s potential for new business. The metro rapid transit tram system is being expanded and will become a terrific asset for the city. Its universities and colleges produce a major source of skilled labour, though the challenge for business is to keep that supply here, in the region, not to simply allow jobs to be exported.

What should our priorities be as a city?

To enhance our reputation as the most influential city in the UK after London. We continue to improve our connectivity within this region but also both nationally and internationally. It is important to grow our airport so that it connects with all points of the international compass, not just with Europe (where there is huge room for improvement) and Asia.

A vibrant city, open for business, needs strong branding. Public art is an important and necessary ingredient in the life of a modern city. Look at the world’s leading cities – they all have a strong cultural influence. Art has the power to provoke, inspire and transform. The Birmingham Big Art Project aims to raise £2.5m to commission a new contemporary, permanent work of public art which aims to do just that. The work will have a wow factor and become in time recognisable around the world. Why? Because this will improve tourism, attract inward investment and create more employment opportunities. It is designed to put Birmingham on the world stage. And because this project is involving Birmingham school kids, it has an educational angle which will become a powerful tool to both present and future generations. That’s why business should get behind the project.

The one billion dollar question; If you had £1bn to spend on improving Brum what would you do with it?

Integrate all ethnic communities into the general community, push urban regeneration into the inner suburbs and ensure every corner of the region is broadband connected.

Anything else to add?

For The Birmingham Big Art Project, The biggest challenge is to raise the required funding. Here’s where the private sector can help. I’m not suggesting we choose this project to the detriment of life-threatening causes of which there are numerous and should not be overlooked. But I believe there is a need to build on our cultural values for the benefit of generations to come. This project, if we succeed, will add to Birmingham’s reputation as a top cultural destination, stimulating the local economy. 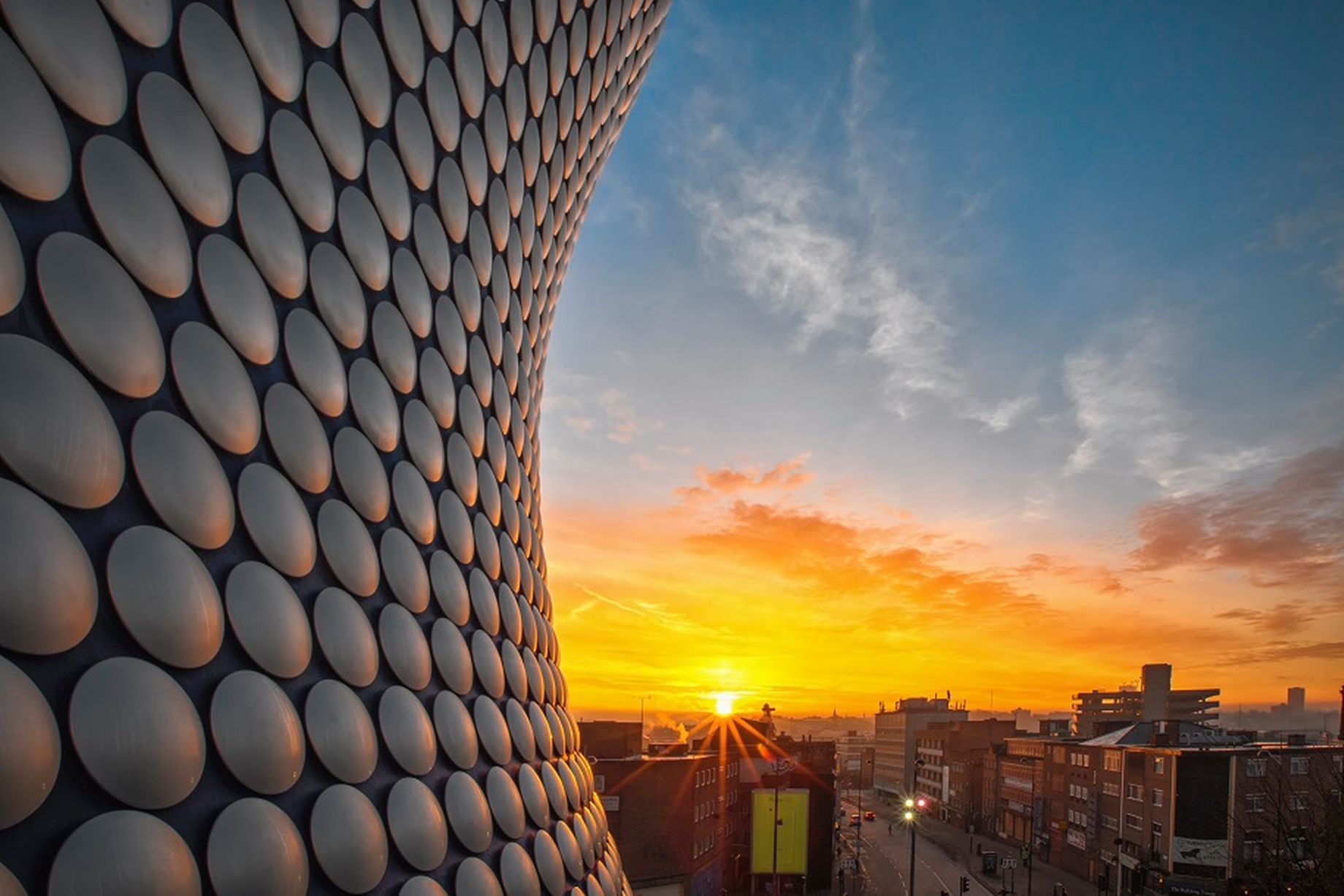