Workshop participants are being invited to record and contribute their voice to become part of Station Clock, as one of the 1,092 voices that will sing one or more of the twelve tones in union, harmony and dissonance, on the hour, every hour, seven days a week.

Alongside the community workshops we will also be running Open Recording Days where citizens of Birmingham, including people who have not participated in the workshop programme, will also have the opportunity to record their voice at Royal Birmingham Conservatoire. The recording process takes less than 15 minutes of your time, refreshments will be provided and travel expenses within Birmingham can also be covered.

Twelve Tones has been commissioned with the Birmingham Big Art Foundation and is funded by an Arts Council England National Lottery Project Grant and Birmingham City Council Culture on our Doorstep Grant. Recordings are being produced in partnership with Royal Birmingham Conservatoire.

The curatorial framework for Twelve Tones was collaboratively devised with composer and community arts consultant Bobbie-Jane Gardner in response to Susan Philipsz concept for Station Clock.

1,092 voices will sing one or more of the twelve tones in union, harmony and dissonance, on the hour, every hour, seven days a week.

Would you like to be involved? Here’s what you need to do:

1. Book a 5-10 minute slot (for each participant) by visiting our online booking form.

2. Arrive at the Royal Birmingham Conservatoire about 15 minutes before your booking where you’ll be taken to one of our green rooms to take part in a couple of activities (including having your photo taken for our digital archive!)

3. You’ll then be taken into one of the Conservatoire’s state of the art recording studios, an incredible opportunity, where your voice will be recorded to be used on station clock.

There are a number of activities that take place as part of the experience, we would recommend reserving about an hour of your time.

We have budget to cover transport to and from the Conservatoire and refreshments (including tea/coffee, soft drinks and plenty of biscuits!) will be provided so you won’t be out of pocket.

The recording process is quick and simple 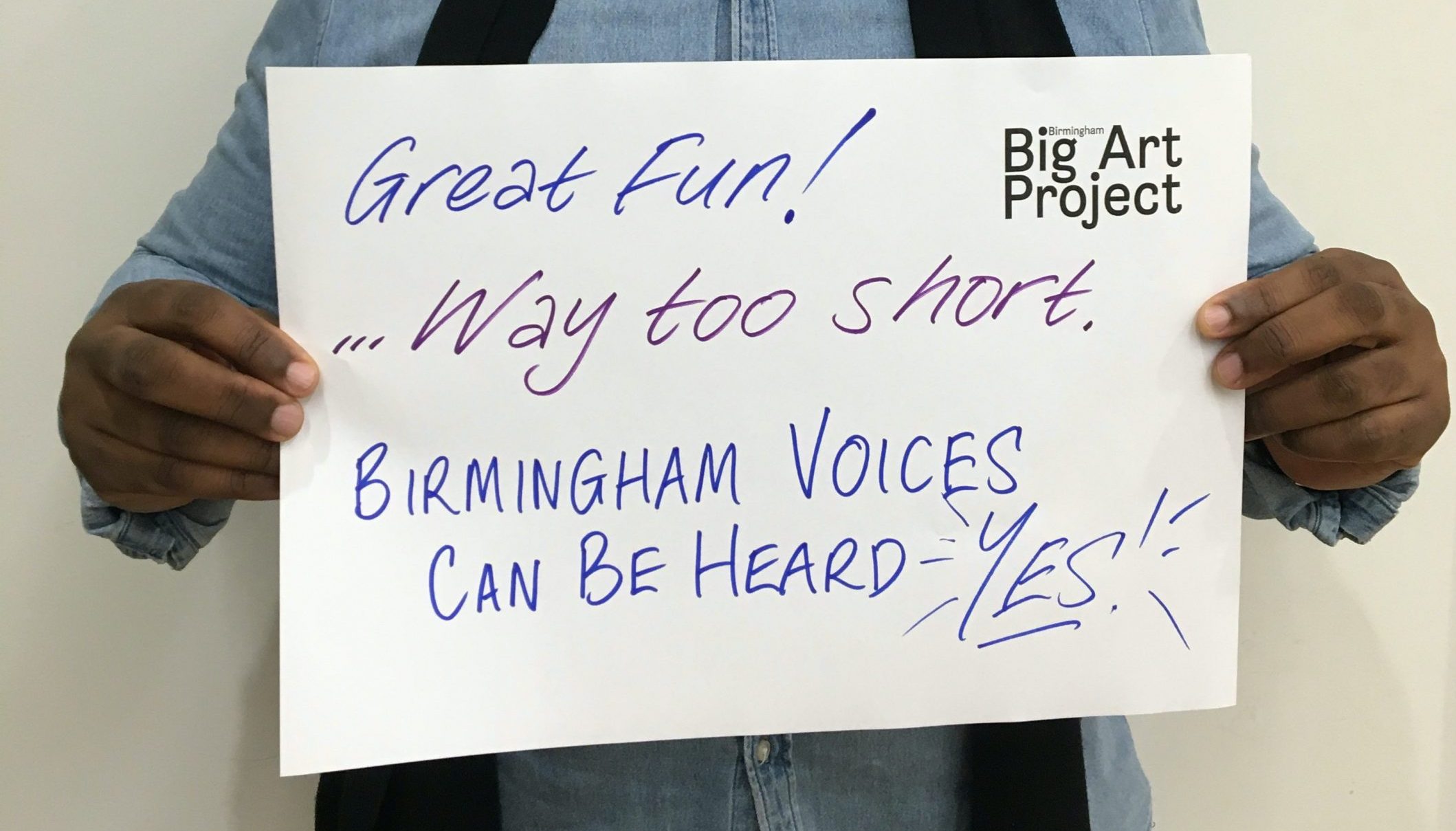 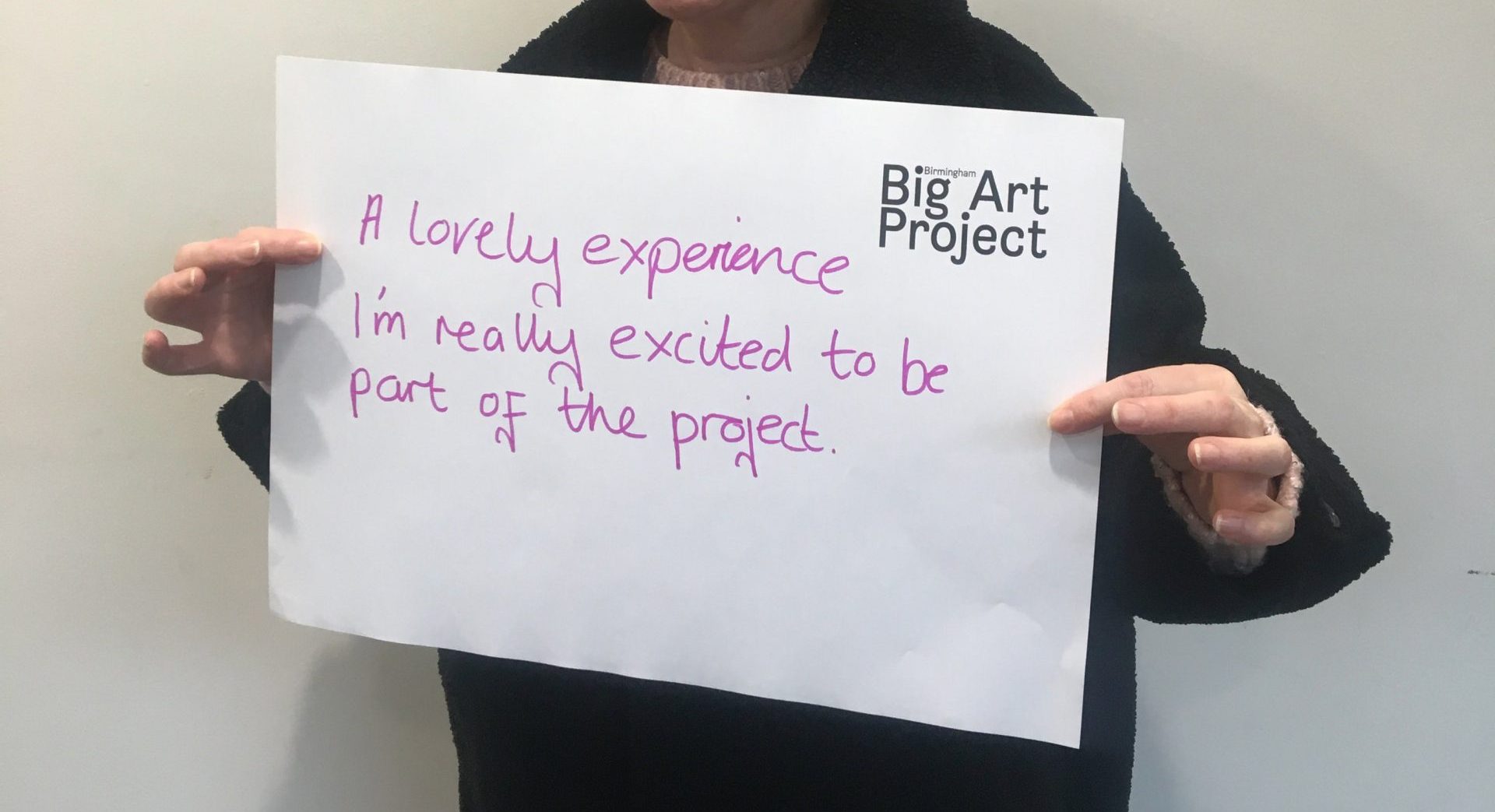 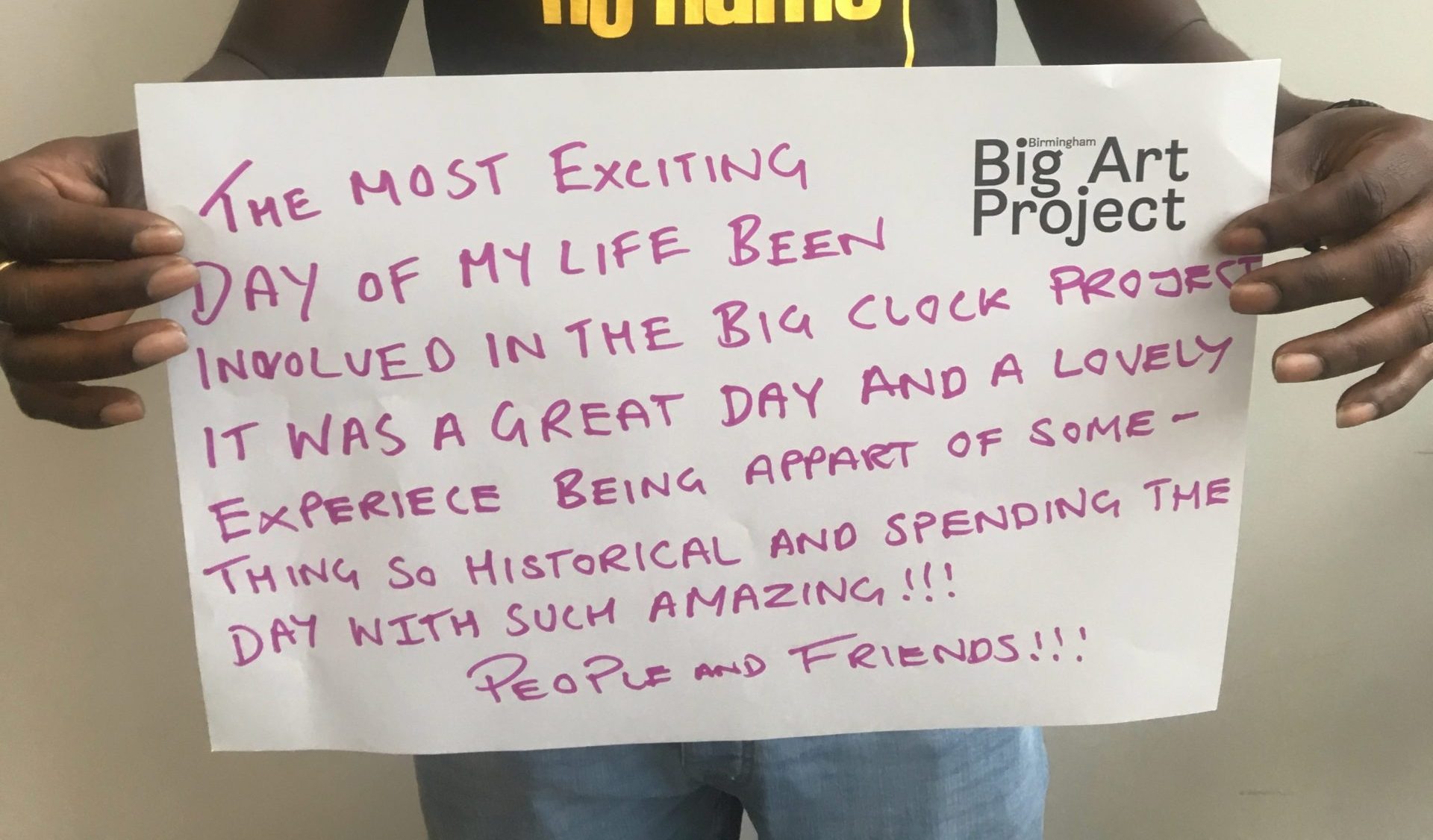 Would you like to make a group booking? Here’s what you need to do:

1. Book an individual 5-10 minute slot (for each participant) by visiting our online booking form.

2. Download a consent form (attached to this pack), complete it and bring along to your recording day.

3. Help us spread the word by forwarding this information pack on to anybody who you think might be interested in taking part!

Please get in touch with us via [email protected] if you have any special access requirements, need help with travel expenses or have any questions!